“Ukaalo, oraalo,” said our guide, Naresh Gurung, describing the three-hour hike we’d just begun toward Three Mountain Lodge in central Nepal. He undulated his hand: “up” and “down”.

I’d been on treks in the Himalayas before and wondered if, in a country where the earth rises to the hypoxia-inducing heights of Mount Everest, a word for “flat” even existed. And yet the trail disappearing into distant orange groves before us looked almost flat.

“Ukaalo, oraalo,” said our guide, Naresh Gurung, describing the three-hour hike we’d just begun toward Three Mountain Lodge in central Nepal. He undulated his hand: “up” and “down”.

I’d been on treks in the Himalayas before and wondered if, in a country where the earth rises to the hypoxia-inducing heights of Mount Everest, a word for “flat” even existed. And yet the trail disappearing into distant orange groves before us looked almost flat. 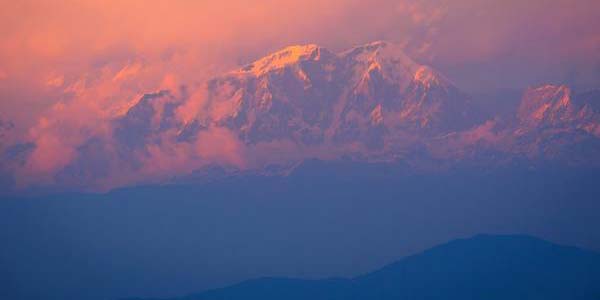 Nepal’s classic Himalayan treks – the Annapurna Circuit, say, and the route to Everest Base Camp – are arduous journeys that approach altitudes of 5,416m. This trek I’d signed on for couldn't be more different: a moderate hike in the 1,200m midlands. We would admire the high Himalayas from afar without being in them. There would be no altitude sickness, no bitter cold, and no avalanches like the one that killed dozens of people on the Annapurna Circuit in October 2014. And after our hike, we’d arrive at lodges – two on this trip – with soft beds, warm showers, and even a cocktail hour.

I liked the idea of an easier trek, at least in theory. But I confess to one concern: Did each layer of comfort I accepted insulate me further from the place I’d come to experience? 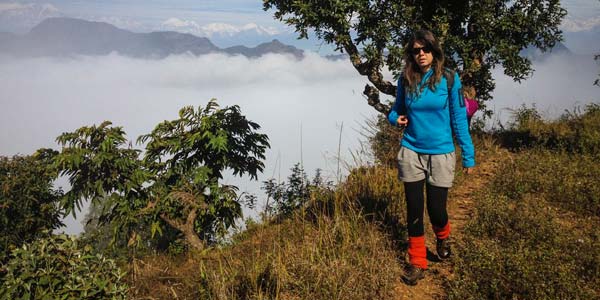 From Bandipur, a Unesco-recognized village located 80km from the adventure capital of Pokhara, my friend Maria and I set out with our guide. It was a warm January day. We were only 15 minutes into the trek when I peeled off my jacket.

We passed women sifting millet in flat baskets and men goading water buffalo to plow rice paddies. If lolling along this road toward a posh lodge seemed unadventurous, at least I was enjoying the untouched feel of the route. On the jammed-packed Annapurna Circuit, I remembered locals barely returning my greetings. “Namastay,” they’d mutter back, as though they were simply exhausted by the constant influx of trekkers. Here, we were greeted with enthusiasm. 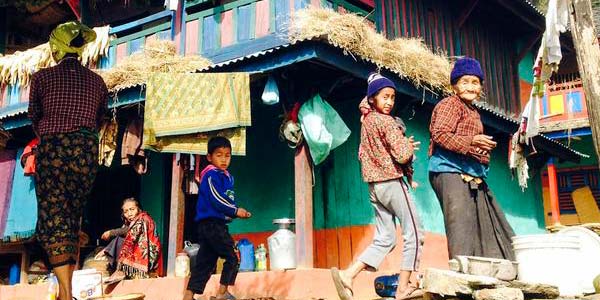 We were passing villages that belonged to the Gurung people, one of Nepal’s many ethic groups. Our guide was one of them. Although he travelled abroad and, like many Gurungs, had hoped to join the British army, he was happy to be guiding in his homeland. He pointed to the mountains. “This is panorama,” he announced, sweeping his arm proudly, as if he’d made the peaks himself.

Gurung began to name the mountains – Manaslu, Dhaulagiri, Fishtail, Annapurna one, two and three – but for me the snowy jags all gestalten into a majestic whole: the Himalayan range. I’d seen the Alps, the Sierra, the Rockies and the Andes, but gazing out at this endless chain, I was certain I was seeing the mountains of all mountains

That afternoon we arrived at the lodge still feeling energized. The dining hall and rooms looked new and were perched on a manicured lawn that offered views on three sides. The grounds were likely a former rice paddy, but it was easier to imagine a cricket match there than women threshing rice. 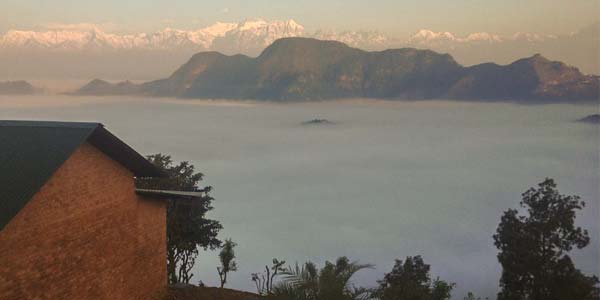 Gurung handed us lemon drinks and gestured to a couple of bamboo loungers. “Relax chairs”, he said. As I leaned back in one and trained my eyes on the distant farm terraces, it occurred to me that I’d never seen a Nepali sprawl on a lounger. This rugged country cultivates a toughness and strength that most Westerners lack. After a fireside gin and tonic and a dinner of dal bhat, or lentil soup and rice. I settled into my fluffy bed.

I recalled my first trip to Nepal in 1998. It was my first foray out of the US, and with my small budget, I adopted a purist travel ethic: eat simply, take the local bus and suffer nobly. That time, I’d come to hike the Annapurna Circuit, a grueling, three-week odyssey with many nights spent at high altitude.

But before I ever made it to the trail, I witnessed a fatal road accident. My inexperienced soul bore it heavily, and I worry-warted my way through the trek. We crossed avalanche paths, tiptoed over landslides, and went ukaalo oraalo – up and down – and over the Thorong La pass. Would I die of advanced pulmonary edema? Would I be buried by snow? At night I slept in spare lodges, haunted by recurring dreams of the road accident. But all the anxiety and hardship had a surprising upside: I picked up a copy of The tibetan Book of Living and Dying in a teahouse – a discovery that prompted an interest in Buddhism that continues to this day.

Twenty years later, no such dark worries troubled me. In fact, I was dreaming of a carefree game of duck-duck-goose when I awoke at the lodge to the happy clink of the coffee tray outside my door. I looked out my window at the Himalayan range glowing in pink hues. 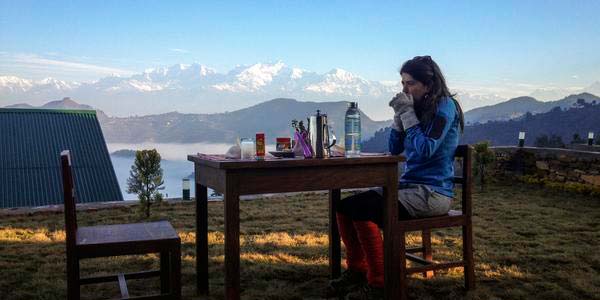 We ate porridge at a sunny outdoor table and joined Gurung for a walk, threading through rice paddies and every now and then dipping beneath the mist line. Sunrays strayed through the trees; goats wearing bells clattered along our path. In the village of Jyamire, Gurung’s family offered us tin cups of millet wine, known locally chhaang. Time slowed and I felt the onset of pleasant countryside boredom. Grain was drying on mats and chickens pecked the ground. The sun appeared from behind the clouds and then disappeared again. As we got up to leave, our host stuffed our backpacks with oranges.

Back at the lodge, I wondered whether this comfortable trek suited me. With its island-like self-containment, the lodge almost kept the Nepal I’d come to experience at bay. On the other hand, our containment also minimized our impact. 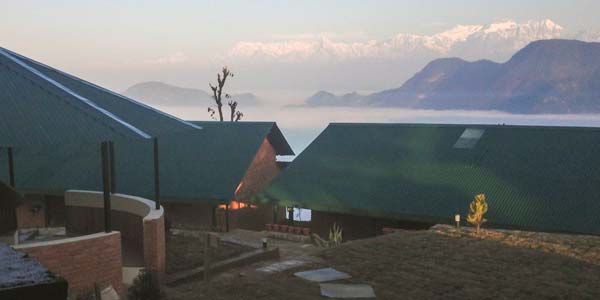 There is an upside and downside to everything, I realized.

We ended our trek three days later at a lodge on the Seti River. I found a copy of a glossy travel magazine and flipped through its pages. I realized that any luxury that travel outfitters offered in Nepal would be mitigated by the incredibly rough landscape. Getting around here could never be easy.

But travel here could be comfortable at times, as it was on this trip. True, you may not be shaken to your spiritual core on a trek like this, but you’ll get a good gin and tonic before bed. And that’s okay. Maybe you have kids, or Grandma is tagging along with you. Or maybe you’ve simply had enough truly challengingukaalo and oraalo in your life and are ready for an easy, midland amble.